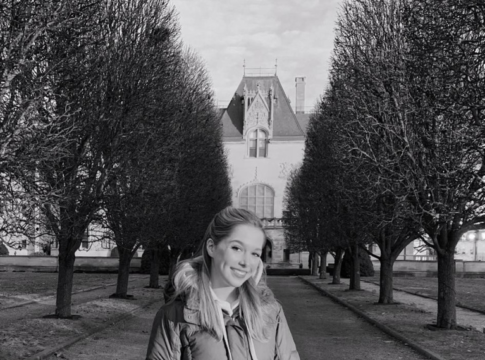 Dava Sobel’s award-winning novel, The Glass Universe, explores the inspiring women who worked at the Harvard College Observatory at the turn of the 20th century and their major contributions to astronomy that helped to unlock the secrets of the stars.

Dava Sobel is a contemporary author of scientific novels, including Longitude, Galileo’s Daughter, and The Planets.  These books focus on the astronomical sciences, to which Sobel appears to be most closely attuned. Sobel started her career as a journalist who worked in the science department of the New York Times. She also wrote for the Cornell University News Bureau and freelanced for many magazines including, Harvard Magazine, Science Digest, and Discover, before making the executive decision to write novels of her own.

Sobel’s most recent novel The Glass Universe (2016) is split into three parts, “The Colors of Starlight,” “Oh, Be A Fine Girl, Kiss Me,” and “In the Depths Above.”  Each part is further structured quite nicely into titled chapters that relate to the subject or person of interest. The book’s sweep is chronological, starting with Mary Anna Palmer Draper – the wife of astronomer Henry Draper.  After Henry’s death, Mary Anna made it her life goal to finalize his plans to complete the Harvard College Observatory. Sobel’s way of structuring her novel makes the narrative flow easily when reading and keeps the pace of the novel at a good and steady rhythm.

Sobel uses an informative tone throughout the novel, which serves the goal of introducing readers to the incredible people who worked in the astronomical field at the time. But Sobel also adds conversational and humorous touches to keep the readers engaged with every turn of the page in the novel. Her brand of humor is very clever and well placed. From my reading of the novel, I believe that Sobel’s overall goals of educating the readers, as well as engaging them, are definitely achieved.

Sobel’s writing shows a high level of craft. She uses fascinating facts to educate the readers, but she also provides entertaining details and gripping progressions that make the reader want to know more. For example, she uses a really good cliffhanger at the beginning of the book in the first chapter pertaining to Henry Draper. Sobel writes, “After bidding the guests goodnight at the close of that glittering evening, Henry Draper took a hot bath, then took to his bed, and stayed there. Five days later he was dead.” (pg. 5) Sobel not only sets the bar high at the beginning for her engrossing writing, she also keeps up her excellent and intriguing prose throughout the novel.

In the middle of the novel, Sobel provides pictures of notable people that she has mentioned in the text, along with pictures of the actual observatory in Cambridge, as it was in the late 1800’s and early 1900’s. She gives a brief description under the pictures as well to convey more interesting and helpful knowledge to the reader. At the very end of the book, Sobel continues to provide the reader with extra information regarding many of the Harvard astronomers, assistants, and associates of the Harvard College Observatory. This section in the novel surprised me, because I didn’t expect Sobel to explore so many of the people who worked at the observatory; nonetheless, I was extremely fascinated to read this part and am very happy she included it in her novel.

I found Sobel’s novel to be eye-opening and an inspiring work. Sobel’s nod to all the influential women who worked and made the Harvard College Observatory possible, emboldens the reader to persevere and achieve the goal that is wanted in one’s life, no matter what anyone says otherwise. I would definitely recommend this book to anyone who is curious about astronomy and the very human enterprise of science. Women especially will be interested in the lives of these pioneering female scientists and the challenges that they faced in order to be represented as peers.

Although our modern world today is still struggling with the challenges of gender equality in many professional fields, women continue to persist and make strides every day to help break the glass ceiling and change gender roles for future generations. This sort of determined striving is exactly what the women did at the Harvard College Observatory, and I thank them for their bravery and hard work.

The photo above is of Annie Jump Cannon, she was one of the many women featured in Sobel’s novel who played a big part in our astronomical history. Annie Jump Cannon was best known for her ‘Stellar Classification’ which is the classification of stars based upon their spectral characteristics.

(photo by A. Twombly)

The great 15-inch diameter refracting telescope located at Harvard College Observatory. Although it is no longer in use, this telescope helped astronomers make important discoveries at the turn of the 20th century. Built in 1847, the telescope was the largest in the United States until 1867. It was used to discover Saturn’s crepe ring and eighth satellite, to make the first daguerreotype of a star (Vega), and to pioneer photography and photometry in service of astronomy.

Biography: Abigail Twombly is a recent high school graduate who will be attending Salve Regina University in the fall of 2019. She is majoring in Justice and Law with Journalism as a second major. During her high school career, she pursued her independent interests in science writing, astronomy, and women studies. Her goal in life is to become a successful author, among many other pursuits going forward.

Previous articleThe Multi-armed Milky Way
Next articleEarth and Space Report #2: Comparing Planetary Climates, and Why We Should Take Heed