The Search for Extraterrestrial Life 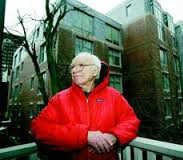 We have overlooked an important source of information in our search for life on Earth-like planets in the galactic Universe. There is at least one such a planet in the Universe, with information that is well known, viz. Earth. Using this planet, it is possible to establish some limits on the probability of discovering life and also of discovering intelligent life elsewhere.

There are two important questions concerning extraterrestrial life upon which well-known terrestrial observations can shed light.

Question 1: What is the probability that life will exist in a planet that has the same physical and chemical properties as the Sun-Earth system, e.g., geometrical distance apart, energy flux to planet, atmosphere surrounding planet, etc.?

Answer to Question 1: It is almost a certainty that life in some form has existed on such a planet. The reason is that a wide variety of life forms have originated on the planet Earth at a vast number of widely dispersed locations, in the most challenging terrestrial environments such as deep in the oceans or extremely hot environments or in difficult chemical environments, and have originated very early and over a large time period during the existence of Earth.

Timeline of Earth’s history, including the origin of microbial life 3.8 billion years ago and the evolution of multi-cellular life forms to the present day. Courtesy of Andree Valley (see http://www.geology.wisc.edu/zircon/Earliest%20Piece/Earliest.html )

Question 2: What is the probability that “intelligent” life will exist in a planet with the same conditions as postulated in Question 1?

Thus, the probability of intelligent life on another planet is not zero, since there is already one such planet that has intelligent life. On the other hand this probability is not close to 1, since it only happened at one time and in one place on the entire planet. Based on one data point, a zero-order estimate of intelligent life on a sister planet would be 50% +/- 49%. As stated above the time elapsed between the origin of single-cell life, and the branch in the evolutionary tree culminating in Homo sapiens, is about 3.6 billion years. Thus Homo sapiens arose once and only once on this planet and it happened very recently, about 4.5 billion years after the formation of planet Earth. If we make the reasonable assumption that evolution will occur in a similar time in planets similar to Earth, then we must conclude that all planets substantially younger than Earth will probably not have intelligent life.

Another requirement for the production of Homo sapiens is that the planet must have sustained the chemical and physical properties conducive to life, without any total interruption resulting in the destruction of all life forms, for the entire 3.6 billion years. This has been true for Earth, although there has been at least one major catastrophic impact of a good sized meteor resulting in wide-spread but not total extinction of all life forms. Also there has been at least one catastrophic volcanic eruption also causing worldwide but not total extinction of all life forms. 3.6 billion years is a significant fraction of the life of the Universe. It would not be surprising if someone calculated that there is only a small probability of a planet in our Galaxy to have 3.6 billion years of reasonable tranquility, and so we are likely a lucky planet. I suggest that it

is possible to make a useful calculation based on impact data and volcanic activity on our neighboring planets.

From the above considerations one can conclude that there is not a high probability that a particular planet meeting all of the physical and chemical requirements will have intelligent life. But given the reality that there are probably billions of such planets, and we have the data that one of us exists, we must conclude that, excluding the possibility of divine intervention, we are possibly not alone.

On the other hand, if we find even one other planet that meets many of the physical, chemical and temporal requirements for the generation of life forms, and no life forms of any kind are discovered anywhere on this other planet, then we would indeed have to reconsider our belief in a universe totally explained by science alone!

Martin Annis received his Ph.D. in Space Physics from MIT, in 1951. He founded and was the first president of American Science and Engineering. During his tenure the company discovered the first X-ray star, Scorpius X-1, for which a Nobel Prize was given to his employee, Ricardo Giaconni. He is the inventor of the X-ray system that is used to inspect passengers at airports and has 32 patents.

...What we have come to appreciate is the seminal role played by clustered star formation in driving the physical and chemical evolution of the galaxies that host these stellar nurseries. Such concentrated sites of newborn stars along with their nebular environs constitute what are known as galactic ecosystems. These energized realms represent vital “crucibles” for growing the chemical complexity that is necessary for biotic processes.
Read more
Cosmochemistry and Astrobiology

Carl Sagan wrote that "If you wish to make an apple pie from scratch, you must first invent the universe.” We wish to know our home, so back we go, to the Big Bang, and step by step to today.
Read more
Cosmochemistry and Astrobiology

Statistical Properties of Fast Radio Bursts from the CHIME/FRB Catalog 1: The Case for Magnetar Wind Nebulae as Likely Sources

Fast Radio Bursts are flashes of radio emission lasting for several milliseconds. The time of arrival of signals depends on the radio frequency, called the dispersion measure (DM), which depends on the environment through which the signals travel, specifically the number of free electrons in their path. Very few FRBs have matches with sources observed at other wavelengths (Wikipedia - Fast Radio Burst).
Read more