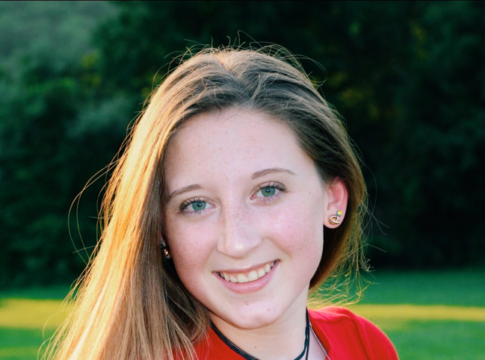 In Astrophysics for People in a Hurry, popular science author Neil DeGrasse Tyson summarizes the most frequently-asked questions about the universe and how we fit into the overall cosmos. Tyson is an American astrophysicist and science communicator who was born on October 5, 1958 in Manhattan, New York. Tyson studied at Harvard University, University of Texas at Austin and Columbia University and currently works as the Fredrick P. Rose Director of the Hayden Planetarium at the Rose Center for Earth and Space in New York City. He has won a plethora of awards for his academic and scientific achievements. Some of the most recognizable ones are the NASA Distinguished Pubic Service Medal, Klopsteg Memorial Award, and Public Welfare Medal. Neil DeGrasse Tyson is married to Alice Young and they have two children together.

Tyson has written many other pieces of work and they are each about astronomy and what goes on in space. Scientists have yet to understand – or even detect – everything that happens in space; we keep increasing our knowledge, but we are still far from knowing everything.  Tyson’s writing often touches on these uncertainties.  Some of his most famous written works are Death by Black Hole, Letters from an Astrophysicist, Origins, The Pluto Files, and Welcome to the Universe.  Tyson also hosts StarTalk, a popular radio show and – more recently – a television program that streams on the National Geographic Channel.

In Astrophysics for People in a Hurry, Tyson discusses how we perceive the universe and addresses, to the best of human knowledge, many of the questions people ask about space and the universe. Each chapter of the bookcovers a fundamental facet of the universe, such as gravity, dark matter, and light travel. Each of these facets has been identified by Tyson as a frequently-asked question. The author explains how humans are made of stardust, and thus concludes that we all have fundamental characteristics in common with the cosmos. It is easy, Tyson explains, to forget our place in the universe – our cosmic birthright – because we are dwarfed by its sheer size and scope.

The first chapter of Astrophysics for People in a Hurry specifically addresses the Big Bang – the prevailing theory of our cosmic origins. No one knows precisely how the Big Bang happened, or why, but there are significant markers quantum physicists can study to outline a possible formative history of the primeval universe. The timeline is comprised of millionths and tenths of seconds, up to minutes and millenia, whose important epochs Tyson highlights. In the second chapter, “On Earth as in the Heavens,” Tyson discusses gravity and how it affects our daily lives. In each chapter, Tyson ties the concepts back to experiences that humans can relate to daily.  This makes his writing easier to understand. The longest chapters in the book are dedicated to the key topics that we still don’t understand yet —specifically, dark matter and dark energy. These chapters are more complex, and it becomes harder for Tyson to establish comparisons with our daily lives. As humans, we know little to nothing about the driving forces behind the universe itself.

Tyson further explains how Earth is only a tiny fraction of what the universe has to offer; this perspective should both comfort and inspire us to do better. He also highlights how much there is about the universe we cannot yet see due to shortfalls in our current technology. He reminds the reader that our technology will inexorably advance, yet we humans will never perceive all that inhabits the observable universe and the space beyond. The book also does not confine itself to astrophysics, as Tyson describes how fields such as chemistry, biology, and astrophysics are intrinsically linked. The author makes it clear that we cannot understand one field of science without understanding the others—the universe is too big to confine to one box.

Astrophysics for People in a Hurry is set up into short chapters that address different aspects of the universe. Each chapter discusses a new topic (gravity, dark matter, planets, etc.), but Tyson nicely ties them altogether. By the end of each chapter, Tyson has related the new topic under consideration into the prior topics he has already discussed. The development and incorporation of all of the key elements of the universe get connected together and help make the readers understand our world just a little bit more. The book is about 200 pages, and in just about every page, he considers something scientific that might not be completely understood by most people. In the end, Tyson ties everything together and explains that there is a whole other side of the universe that we currently do not have the technology to study, but one day people will be able to do so. The advances in technology will become so immense, that the knowledge we now possess about the universe will seem like nothing, and the mysteries we cannot yet explain will eventually be understood. The book ends on a note where knowledge is never ending and can expand every day.

Throughout the book, Tyson’s tone alternates from being optimistic about the future of technology and discovery to getting annoyed with the slow rate at which new knowledge is coming. Tyson is optimistic that there will be scientists like him and his colleagues who will be just as passionate about astronomy in the future, and who will discover new phenomena and insights that were previously hidden. It is common for scientists to imagine the future of their field of study, even when it does not involve them. However, Tyson also gets annoyed with the new scientific knowledge that contradicts accepted wisdom based on prior research. The new knowledge that surfaces every day can go against certain hard-won principles that were discovered years ago by scientists like Galileo, Einstein, Darwin, Newton, etc.  All these contradictions can set back the work of scientists in the short term. Tyson gets annoyed that we constantly must go back and revise our theories, but in the end, he knows that these corrective actions are an essential part of scientific progress.

My opinion of Astrophysics for People in a Hurry changed while reading it, and as different topics were addressed. I believe the book is very well-written; but it is just more advanced than I originally thought. The language was very difficult for me to comprehend, and I wish that I was made aware of that so I could either do research prior to reading the latter chapters (especially) or choose to read a different book. I had to look up certain words and then go back to re-read the pertinent section. It took me twice as long to read the book due to this issue. Nevertheless, I agree with many of the opinions that Tyson offers.  For example, I agree that there are so many unknown aspects of the universe, that humans cannot even begin to imagine them. Technology is advancing and one day knowledge will expand, but humans will never be all knowing. There are people who will one day become the next Einsteins, but there will always be truths about the cosmos that will elude us humans.

I am impressed by the optimism Tyson shows when discussing the future of human knowledge of the universe. I would have thought that it would get very frustrating for someone to go their entire life not being able to find what they seek, only because they lack the technology to find it. I also would have thought that scientists would get annoyed with not getting answers to the questions that have occupied their lives as researchers.  I was bothered throughout the entire book with how long it took Tyson to connect one idea from a chapter to the next idea in a following chapter. The ideas should flow better from one to another and connect from chapter to chapter with more ease. I was also bothered by the way he assumed that the people reading his book would understand certain concepts, whereas most people likely would not be able to grasp his meaning. Most people who decide to read this book, do so because they have a fascination for the subject and its famous author, but not the wherewithal to study the subject or practice it. With this lack of prior scientific knowledge, they will have difficulty understanding the astrophysics as it is presented here.

I recommend that Tyson reconsider the language that he has used throughout Astrophysics for People in a Hurry. People might be inexperienced with the scientific lingo that is so liberally applied in this book. Tyson writes with big scientific words that can make it hard for people to follow. Like me, they might have to take extra time to look up the words, only to get lost going back to what they were reading. I expect that most people will need more time to read the book due to this issue, and some might even lose interest at some point. Tyson should not presume that the readers know much about astrophysics, but rather assume that they know only a smattering about the subject and yet want to learn more from his writing.  I suggest that people “in a hurry” would do better reading another book than this one.

Cailin Duffy is an undergraduate student at Endicott College majoring in English and Secondary Education.

Previous articleEarth and Space Report #2: Comparing Planetary Climates, and Why We Should Take Heed
Next articleBook Review: Andy Weir’s The Martian