Why We Explore Earth and Space 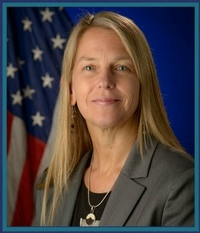 Eleanor Roosevelt once said that the “future belongs to those who believe in the beauty of
their dreams.” So today, I want to take this moment to thank the organizers, the Marchers, the
families, and the leaders in science. I thank you for your creativity, innovation, imagination, and
for your “belief in the beauty of your dreams!”

Why do we explore Earth and space? To answer 3 enduring scientific questions for humanity:

I think the most important thing we can do is to inspire young minds and to advance the kind of
science, math and engineering education that will help young people literally take us to Mars. I
call anyone in school today, the Mars Generation! Students, it will be one of you who first
steps on Mars in the 2030s! I have no doubt that we will become an interplanetary species,
within two decades and that we will likely find the existence of life, or past life, on another
planetary body, within the next decade.

Why is that so important? Because the scientific discovery of life tells about our own planet,
which I call Spaceship Earth! We are all on this precious blue planet together, in the same
lifeboat in the Universe, and we urgently need to take better care of it. We need the planet, we
need spaceship Earth. Earth really doesn’t need us, Earth doesn’t need humanity. Earth existed
billions of years before we were ever here. Earth and Mars are sister planets each at 4.5 B years
old. 3.5 B years ago Mars likely had life, water and was warm, but not today. Today Mars is
cold, below freezing and if there is life, it’s might be frozen and fossilized. What went so
terribly wrong at Mars? We need to know the scientific answer to help us better understand life
here on Earth.

As an aerospace engineer and rocket scientist, I have spent my entire career dedicated to
furthering STEM education, but I think we delivered the wrong message. We made STEM a
thing – you were either In or Out. I often hear from young girls and boys, “that’s not me,” I’m
not good at STEM. I’d like to change the conversation, I now call it STEAMD. I bring in the
ARTS, I bring in DESIGN – the Makers. I’m STEAMD we’re not making more progress, more
rapidly and we need to be inclusive! We scientists need the artists, poets, historians and
visionaries to paint the pictures and to tell the stories of our Journey to Mars – just like they did
during the Apollo program when we explored the moon, when we pushed human scientific and
engineering potential beyond what anyone thought was possible and reached another planetary
body and looked back on Spaceship Earth – a beautiful, fragile blue planet. Everything we know
and love is here on Spaceship Earth.

My message to the Mars Generation: You don’t have to be the best in biology, calculus, physics
and chemistry. Those are just tools. As scientists and engineers, we use those tools, so you need
to be proficient, but my message to you is… If you want to “discover the origins of the
universe?” “find out if there are other habitable planets?” or “build the spacecraft and technology
to get humanity to Mars, or provide Clean Water for all, or Cure Disease?” then we need you and
it’s my job as a teacher to filter everyone in! No more filtering anyone out, no weeding people
out of the sciences. Whatever your passion, in any discipline, then we’re in this together – with
me as an educator, teacher, & coach to help you learn and be successful. Surely, if we change
the conversation and help the students, the Mars Generation, to realize their passions, then we
will have the positive impact in the STEM fields that we intended all along.

If our country is going to reach our fullest potential when it comes to science and discovery and
economic growth, we must be a place where everyone has the opportunity to reach their fullest
potential.

My goal: infinite diversity – infinite combinations! Thank you Gene Roddenberry. We all
need to be a part of the solution when it comes to closing these disparities. My next message can
be summarized in two words: “you belong.”

Be bold, be fearless, dream big dreams, and don’t listen to anyone who tells you can’t do
something or you don’t belong. Don’t waste your time trying to explain yourself or your
identity to anyone.

When I attended the University of Notre Dame, I was one of only 2 women out of 40 aerospace
engineers in my class. When I joined the MIT faculty, I was one of two women on the aerospace
faculty with 35 male colleagues. Being first, second, or third is not important. It’s when we stop
counting that we know we’ve succeeded. The past two years, I had the distinct privilege of
serving in the Obama Administration as the NASA Deputy Administrator (that’s the #2). Our
space agency depends on science, discovery, and engineering. And me, a woman from
Montana and Massachusetts, got to help lead our investments in science & engineering.

I hope you’ve read the book and seen the movie Hidden Figures. By a show of hands, how
many people have? Hidden Figures tells the story of NASA pioneers – Mary Jackson NASA’s
first African American engineer and Katherine Johnson. Katherine grew up in segregated West
Virginia where her father and mother had to move their family 120 miles away so they could live
near a school that allowed African American girls to receive a high school education.
 She is a mathematical genius, graduating high school at 14 and college at 18.
 She went to work at NASA’s predecessor the N-A-C-A as part of an all-woman’s
team who were referred to as “computers who wear skirts.” Yes, the first computers
were human!
 Within weeks she broke gender and race barriers, joining NASA Langley’s Space Task
Force group as a computer.

 Astronaut John Glenn personally requested that she recheck the calculations made by the
new IBM electric computer before the launch of his Friendship 7 mission, in which he
became the first American to orbit spaceship Earth!
 She went on to play a role in virtually every major NASA human spaceflight from
Mercury to Gemini to Apollo to Skylab to our Space Shuttle.
 In 2015 President Barack Obama awarded Katherine Johnson the Presidential Medal of
Freedom, the highest honor the President can bestow on a US citizen.
 And at age 98, she joined us a few months ago to watch the premiere of Hidden Figures,
a major Hollywood motion picture about her life’s story. Her true story inspires us all,
the Mars Generation, to accomplish the impossible!

We all belong, you belong, and I believe we can turn the impossible into the possible! For me,
ultimately, science, exploration and discovery are all about raising humanity’s potential.
Investment in science, research and technology – helps to cure disease, implement renewable
energy, feed the world, and explore the oceans and planets. Scientific research is the lifeblood of
a high-tech economy and plays a critical role in the economic and personal well-being of
citizens. If America wants to maintain our innovative edge, create new jobs and realize
economic growth, then we must fund scientific research as a top national priority. Amelia
Earhart said: “Never do things others can and will do, if there are things others cannot do or will
not do.” Scientists live these words daily, turning science-fiction dreams into science fact.
Science expands the horizons of human possibility.

Finally, it is URGENT that we heal Spaceship Earth! Our scientific data show us, without a
doubt, with certainty that 2014 was the hottest year ever recorded in the past 140 years. And
then 2015 smashed the record – becoming the hottest year ever recorded. Recently, 2016 just
broke the record again for the hottest average year we’ve recorded. Matter-of-fact the past 12/13
months have all broken records for the hottest average months recorded. The glaciers in
Greenland and Antarctica are melting faster than ever before. Earth is a connected system and
oceans have risen 2.6 in (67 mm) globally in the past 25 years. These are the scientific facts.
The question is: What are we going to do to heal Spaceship Earth, keep our oceans, land and air
healthy? There are solutions and I remain ever optimistic that collectively, we will March, we

will Vote, we will Change our behavior, and we will take the corrective ACTION for the
betterment of humanity and for Earth. For our children and grandchildren, we should all
COMMIT to leaving Earth better off than how we find it today.

In the words of Boston’s own R. Buckminster Fuller: “make the world work for 100% of
humanity, in the shortest possible time, through spontaneous cooperation, without ecological
offense or the disadvantage of anyone.”

Are we alone or do we share our solar system and galaxy with other forms of life? And how widespread are advanced civilizations with whom we could communicate? Right now we don’t have answers to these profound questions. But scientists are in hot pursuit...
Read more
Cosmochemistry and Astrobiology

In this essay, I argue in support of teaching the Earth & space sciences together, so that students can attain a more holistic understanding of their planetary environment, how it came to be, and where it is headed. Such teaching (and teachers) should receive the same priority as in the teaching of physics, chemistry, and biology.
Read more
Cosmochemistry and Astrobiology