How the Earth Got its Water 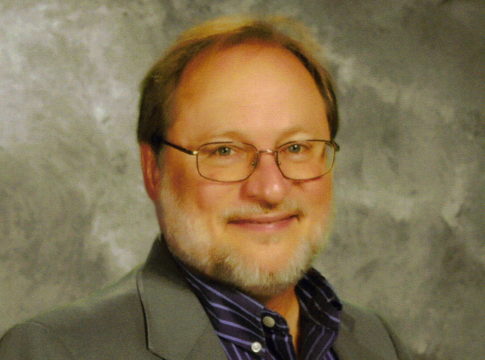 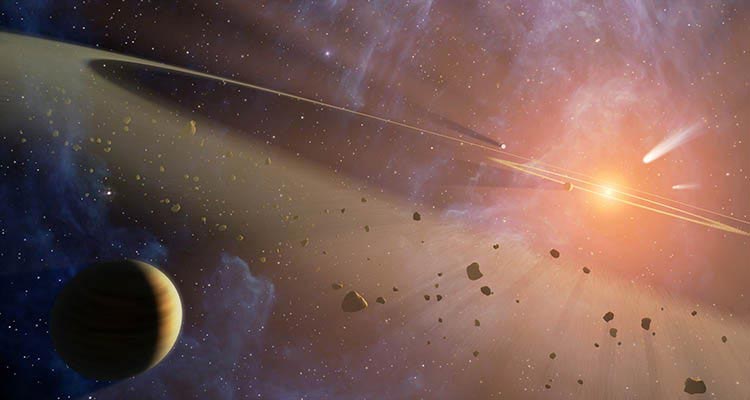 The primitive Solar System was a busy chaotic place. Did Earth’s cargo of precious water come home-grown 4.6 billion years ago or was it delivered via comets during the Late Heavy Bombardment that ended 3.9 billion years ago? (Caltech-JPL/NASA)

Recent support for this revived scenario of home-grown water has come from analyses of ancient zircons on Earth and, perhaps surprisingly, in lunar soil and rocks that were gathered by astronauts during the Apollo 15 and 17 missions to the Moon. The zircons found in Australia represent the oldest unaltered mineral crystallizations to be found on Earth. Radioactive dating of the uranium that forms part of the zircon crystals indicate ages of 4.4 billion years for the oldest zircons – corresponding to the time when the cooling Earth had just solidified from a molten state. The balance of oxygen isotopes within these minerals suggests a watery origin. Some scientists have used the zircon data to imagine a primordial Earth that was neither scalding nor blanketed by an arid stifling atmosphere of carbon dioxide. Instead, they suggest a rather clement world, whose tectonic activity (also indicated by the zircon properties) would have sequestered the carbon dioxide into carbonate rocks – leaving behind a moist temperate atmosphere and perhaps oceans that would have been hospitable to life. 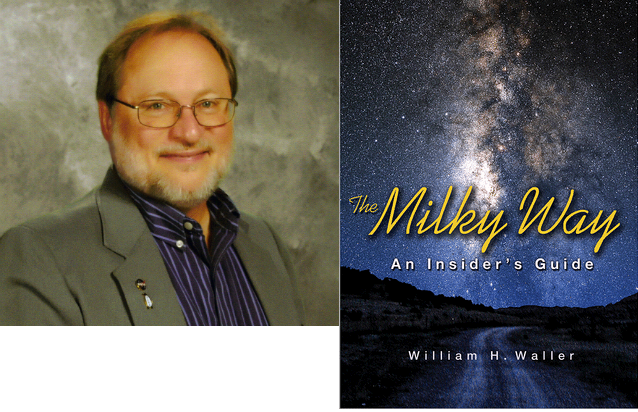 William H. Waller earned his Ph.D. in astronomy at the University of Massachusetts. He has since carried out diverse programs in scientific research and education at the University of Washington, NASA’s Goddard Space Flight Center, Tufts University, and the Museum of Science – Boston. He is author of The Milky Way — An Insider’s Guide (see http://press.princeton.edu/titles/9938.html) and co-editor of The Galactic Inquirer – an e-journal and forum on the topics of galactic and extragalactic astronomy, cosmochemistry, astrobiology, and the prospects for interstellar communication (see

http://galacticinquirer.net). Bill currently teaches physical sciences at his hometown high school in Rockport, MA, and serves as a Zooniverse Teacher Ambassador (seehttp://www.zooniverse.org). He can be reached at williamhwaller@gmail.com.

...What we have come to appreciate is the seminal role played by clustered star formation in driving the physical and chemical evolution of the galaxies that host these stellar nurseries. Such concentrated sites of newborn stars along with their nebular environs constitute what are known as galactic ecosystems. These energized realms represent vital “crucibles” for growing the chemical complexity that is necessary for biotic processes.
Read more
Cosmochemistry and Astrobiology

Carl Sagan wrote that "If you wish to make an apple pie from scratch, you must first invent the universe.” We wish to know our home, so back we go, to the Big Bang, and step by step to today.
Read more
Cosmochemistry and Astrobiology

Statistical Properties of Fast Radio Bursts from the CHIME/FRB Catalog 1: The Case for Magnetar Wind Nebulae as Likely Sources

Fast Radio Bursts are flashes of radio emission lasting for several milliseconds. The time of arrival of signals depends on the radio frequency, called the dispersion measure (DM), which depends on the environment through which the signals travel, specifically the number of free electrons in their path. Very few FRBs have matches with sources observed at other wavelengths (Wikipedia - Fast Radio Burst).
Read more