Over the past 50 years, robotic probes have visited every terrestrial planet, the largest asteroids, Jupiter, Saturn, Uranus, Neptune, and now Pluto – one of several dwarf planets, or “Plutoids” that inhabit the Kuiper Belt of icy objects. For New Horizons, this has been a 9 year 3 billion mile journey. Next for the grand-piano-size spacecraft are other objects in the Kuiper Belt and beyond.

New Horizons finishes the job of tagging all the bases

When Voyager 1 was launched into deep space in 1977, many human eyes and aspirations were set on exploring places well beyond the farthest reaches of our own Solar System. In many ways, they still are – with the Kepler mission having discovered more than a thousand other solar systems in just one small patch of the sky, and the Hubble Space Telescope continuing to observe galaxies so remote (and so far back in time) that we are seeing them in their infancy. Directly exploring the larger Universe may be what we often wish for, but consider that after more than 38 years, Voyager 1 is just 12.8 billion miles from our Sun. This may seem like a long way, but it is only a little less than 1/2,000th of the distance to Proxima Centauri the closest star to the Sun and yet a whopping twenty five trillion miles away. The Universe is a very big place. So until we develop other means of sophisticated interstellar space travel such as multi-dimensional shortcuts, we must be content with staying close to our own backyard – the Solar System. That is if we want to see things as they are, up close and personal, where we can explore unique worlds in great detail.

This year, our eyes were once again redirected to our own Solar System for a just a few fleeting minutes — from the myriad wonders of our “seeable” Universe to a small space probe called New Horizons that at 7:49 AM (EST) on July 14th 2015 passed within 7,750 miles of little Pluto at a record-breaking speed of 30,800 miles per hour (49,600 kilometers per hour). This is the closest any Earth-made object has ever come to the dwarf planet, discovered in 1930, or to any other planetary object beyond the orbit of Neptune (see Figure 1).

What New Horizons revealed in its zippy flyby has made this date a great moment for Earth’s astronomers and space scientists. That is because this long-distance achievement completes the initial examination of every planetary type in the Solar System. Over the past 50 years, robotic probes have visited every terrestrial planet, the largest asteroids, Jupiter, Saturn, Uranus, Neptune, and now Pluto – one of several dwarf planets, or “Plutoids” that inhabit the Kuiper Belt of icy objects. For New Horizons, this has been a 9 year 3 billion mile journey. Next for the grand-piano-size spacecraft are other objects in the Kuiper Belt and beyond.

Because of Pluto’s atmosphere we have never been able to measure its exact size. We now know the exact diameter to be 1,473 miles (2,370 kilometers) at its equator. This size is equivalent to the North-South extent of the United States – from the northern border of North Dakota to the southern tip of Texas (see Figure 2). Charon, Pluto’s largest moon measures 751 miles at its equator (1,208 kilometers), or roughly half the size of Pluto. We also have reasonable estimates for the sizes of two of its four other moons, Nix and Hydra, and can see that they are asymmetrical in shape. To Hubble these two moons were mere specks of light. We now know that Hydra is 27 x 20 miles (48 x 33 kilometers) in extent and Nix is just 25 miles (40 kilometers) at its widest point. First reports indicate these two moons are quite bright, which would suggest they are covered in ice. Since it takes a mass of about 600 miles of space stuff for gravity to form an object into a spheroid, we can understand why these moons appear lumpy. The smallest two moons are Keberos and Styx. Their sizes have not yet been determined.

To get an idea of Pluto’s size, we can refer to a large chasm near the planet’s equator. This is an impact crater, ringed by a circle of lighter colored ejected material; this area is larger than the Grand Canyon (see Figure 3). Now that we know Pluto’s size, we also know that the density of the dwarf planet is slightly less than previously thought, with an ice core that is slightly larger than anticipated. 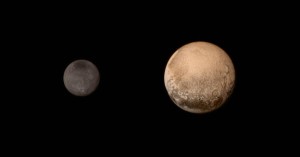 The surface topography of Pluto shows a large, smooth, and bright region in the approximate shape of an iconic heart that has been dubbed “Tombaugh Regio” in honor of Pluto’s discoverer Clyde Tombaugh (see Figure 4). Absent of any cratering, this feature could represent a relatively recent ice flow. Unlike the crinkled “cantaloupe”-like surface of Neptune’s largest moon Triton, Pluto sports

polygonal chasms, mottled plains, and a mountain range of ice. The omnipresent ice is thought to consist of methane and nitrogen in some places and of water in other regions. Where Voyager 2’s views of Triton revealed evidence for dark geysers of icy material, New Horizons’ imaging of Pluto suggests icy tectonic activity on multiple scales. 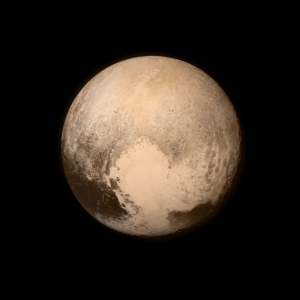 Figure 4: View of Pluto showing the bright craterless Tombaugh Regio to the south, craters to the west, and mottled plains to the east. (Credit – Southwest Research Institute, Advanced Physics Laboratory of the Johns Hopkins University, NASA)

It will take years for scientists to sort out the physical properties of Pluto and its moons. Many questions remain. How did Pluto and Charon become a “binary planet?” What drives Pluto’s icy tectonics? How does Pluto fit into the Kuiper Belt – is it representative or totally unique? When and where in the Solar System was Pluto formed? And what is its fate? Thanks to the precious glimpses provided by New Horizons, these questions can now be seriously pursued.

“I’m delighted at this latest accomplishment by NASA, another first that demonstrates once again how the United States leads the world in space,” said John Holdren, assistant to the President for Science and Technology and director of the White House Office of Science and Technology Policy. “New Horizons is the latest in a long line of scientific accomplishments at NASA, including multiple missions orbiting and exploring the surface of Mars in advance of human visits still to come; the remarkable Kepler mission to identify Earth-like planets around stars other than our own; and the DSCOVR satellite that soon will be beaming back images of the whole Earth in near real-time from a vantage point at one million miles away. As New Horizons completes its flyby of Pluto and continues deeper into the Kuiper Belt, NASA’s multifaceted journey of discovery continues.” 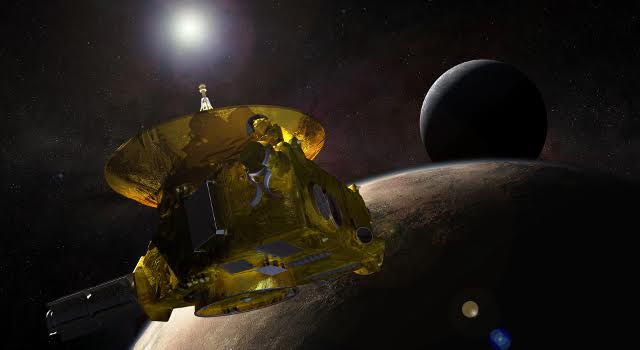 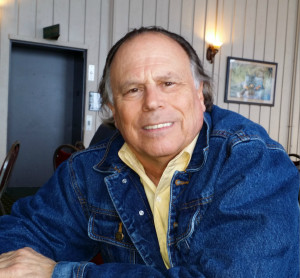 Michael S. Barazone is a freelance writer, producer, graphics artist, and performer. He has extensive experience in marketing and other communications. A Viet Nam Veteran, Mike returned to college at Kent State University in September of 1970 and graduated with a BS degree in Speech and Telecommunications. He has worked as an advertising account executive for every type of major media, including newspapers, radio and television stations, and internet clients. He is founder and president of AdZone Marketing (http://www.adzonemarketing.com/) which is still going strong after 34 years. A science buff most of his adult life, Michael spends many hours each week reading press releases and publications from NASA, JPL (the Jet Propulsion Laboratory in Pasadena California), the ESA (European Space Administration) and many other media sources. “It is incredible what beauty and wonder the lord has made for us to ponder, all the way back 13.8 billion years to the beginning of our ‘seeable universe.’ With the advent of sensitive microwave, infrared, visible, ultraviolet, x-ray, and gamma-ray telescopes operating on Earth and in space, we can explore so much more of this great cosmos that we share.”